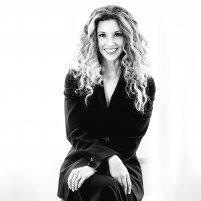 Kirsten Thompson, MD provides diagnoses and treatment for patients of all ages who suffer from ADHD. Patients from throughout Los Angeles come to her psychiatric practice in Brentwood, California for treatment.

ADHD, or attention deficit hyperactivity disorder, is a mental health condition that causes a variety of symptoms related to a patient’s concentration and behavior. ADHD is most often diagnosed in children but can also occur in adults of both genders, especially if diagnosed and untreated during childhood. ADHD affects a person’s ability to retain information, focus, and concentrate. Patients with ADHD often have issues with controlling their behavior and paying attention. The condition occurs in both genders, although women sometimes present with different symptoms than men. Young women often go undiagnosed until early adulthood because they dismiss symptoms such as disorganization and poor attention, as something they are doing wrong instead of signs of an illness. There are three forms of ADHD: predominately inattentive, predominately hyperactive/impulsive, and a combination.

How Do the Forms of ADHD Differ?

There are many symptoms associated with the different forms of the disorder. The symptoms listed below characterize the different diagnosis, but are not a complete list.

How Is ADHD Treated?

Dr. Thompson creates a unique treatment plan for each patient she diagnoses with ADHD. The evaluation involves a complete history and set of questionnaires that are completed by the patient and one to two individuals close to the patient that are completed after the initial consultation. Many patients are prescribed a stimulant. While it might seem counterintuitive to give a person suffering from hyperactivity a stimulant, a prescription can help to focus the patient’s attention and concentration. There are other non-stimulant medications that may be prescribed, depending on the needs of the patient. Therapy for both the patient and his or her family is an important component of a treatment plan. Patients and their families often benefit from behavioral therapy where they learn to recognize thought patterns and behaviors as well as techniques to control unhealthy or poor behavior. Parents and families can also benefit from family and/or marital family to learn how to handle disruptive behaviors and to maintain communication within the family unit.